Aiden's Story Part 2
After meeting with our wonderful Neuro-surgeon he decided that surgery wasn’t the right plan of action and he felt there was something more going on and he wanted to rule out other diagnosis’s before “cutting into” a toddler. He then referred us to a neurologist and orthopedic surgeon at Leatherman spine center for additional testing, who then referred us to a GI doctor and another surgeon (who would then perform a nerve conduction study).  Since April 2013 Aiden has been put to sleep four times for tests and MRI’s. We have been tested for everything you can imagine including genetic testing. He was referred to First steps to start therapy where he got Physical therapy 1x week and speech therapy 2x week.
We have been told so many different things that at this point we don’t know where we are. At one point we were told that they were 99% sure Aiden had muscular dystrophy (this would also cause severe constipation).  This was the most devastating news we had heard so far. While sitting in the doctor’s office and listening to them tell us what they believed and why they believed this I became completely numb. I didn’t know a lot about this diagnosis but what I did know wasn’t good. They told us not to go home and google but of course I did. I had myself thinking that my son would be in a wheel chair before the age of 11 and wouldn’t live past the age of 20 (because that is what the internet says). I cried more then I had ever cried in my life. I cried on the way to work, I cried on my way home, I cried myself to sleep, I cried when I woke up. I even cried to Aiden’s physical therapist (who also thought he had muscular dystrophy). I cried to my friends, my family and my husband daily. I still cry thinking about it. I started to question God and think "why me" or "what did I do wrong"?
I felt like we lived at Kosiars. After weeks and a number of muscular tests (one where they shocked every nerve in his body and is very painful) it was determined that Aiden didn’t have muscular dystrophy after all. Although this was such a relief now we were back at square one. Asking the questions ,What is wrong with my son? Why isn’t he walking and talking? All they could tell me at this point is he has a developmental delay. Well duh!
On July 12th Aiden took his first steps. It was pure JOY! After all his hard work he was finally walking. He still wasn’t talking which had everyone still concerned. They increased his speech therapy and added occupational therapy and then told us that they believe he has childhood appraxia of speech and would be taking a different approach in working with him. Although he still isn’t saying much he is starting to babble and say sounds. He is now saying three-four words also.  This also causes him to get very frustrated and act out because cognitively he understands everything but he just isn’t able to communicate. Although this doesn’t explain why he is delayed in motor skills and motor planning it does give us some answers. They still believe he has tethered spinal cord but will not be having surgery until he is older if he needs it at all.
We see our neurologist again in March and will find out the results of his genetic testing. We are praying for good news but also answers. It has been a long 10 months.
*I’m sure I am leaving some small details out as I was also pregnant with our second child during all of this. I am not writing this to ask for sympathy. I am simply writing this for my own reflection and self therapy. Writing it out helps me cope. I know there are a lot of people who are going through way worse things than I am or my child is and I am grateful that it isn’t worse however this is and has been very hard on my family. I am thankful every day for Aiden and he has taught me so much.  He is so smart and at the age of two can mostly communicate with sign language.  He is such a determined little boy. He may not be able to say things that other kids his age say and may never be able to but we will continue to push forward. I once asked my mom "What if he never talks" her response was "then we will need to learn sign language". And that is what we will do. 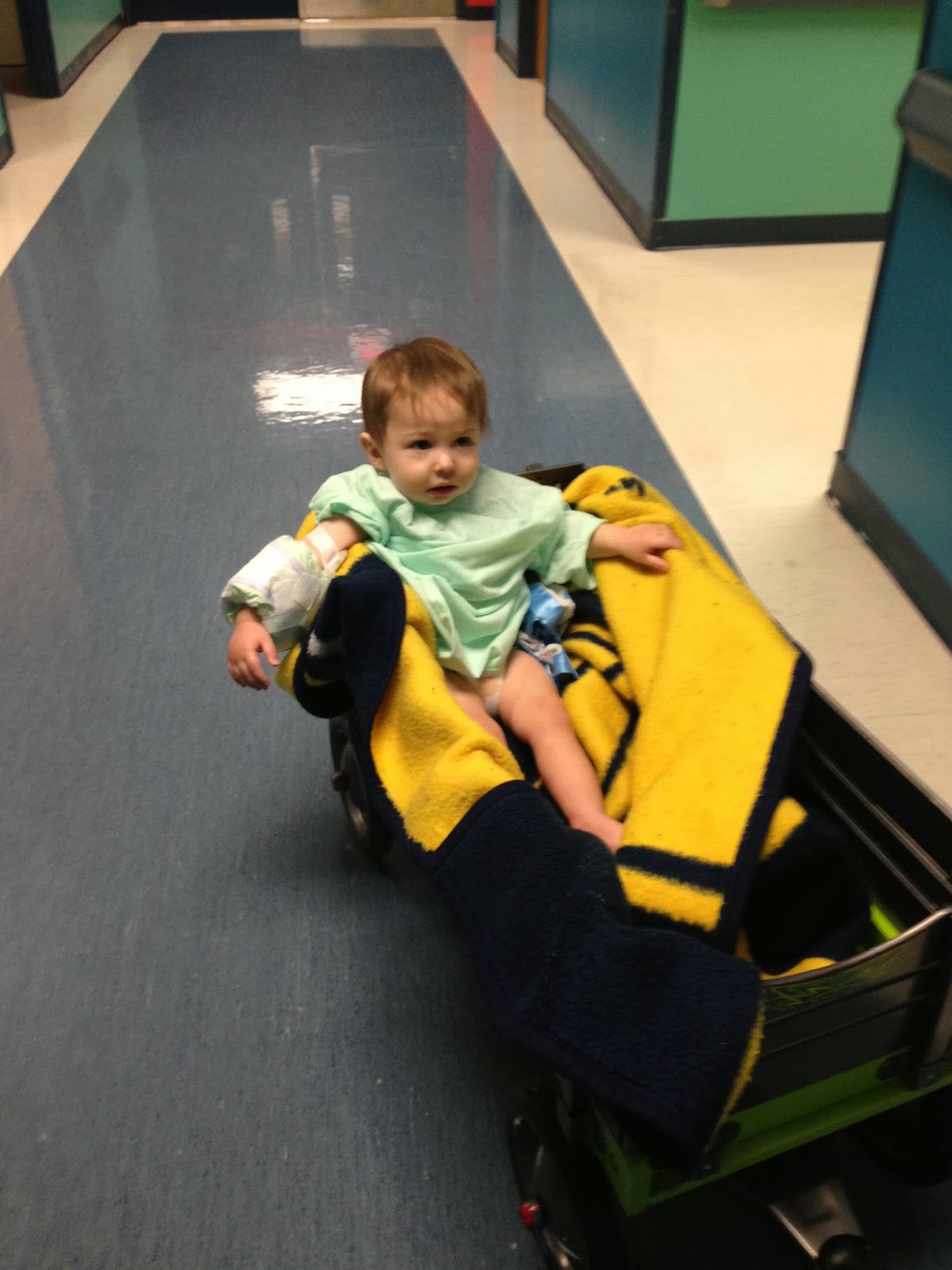 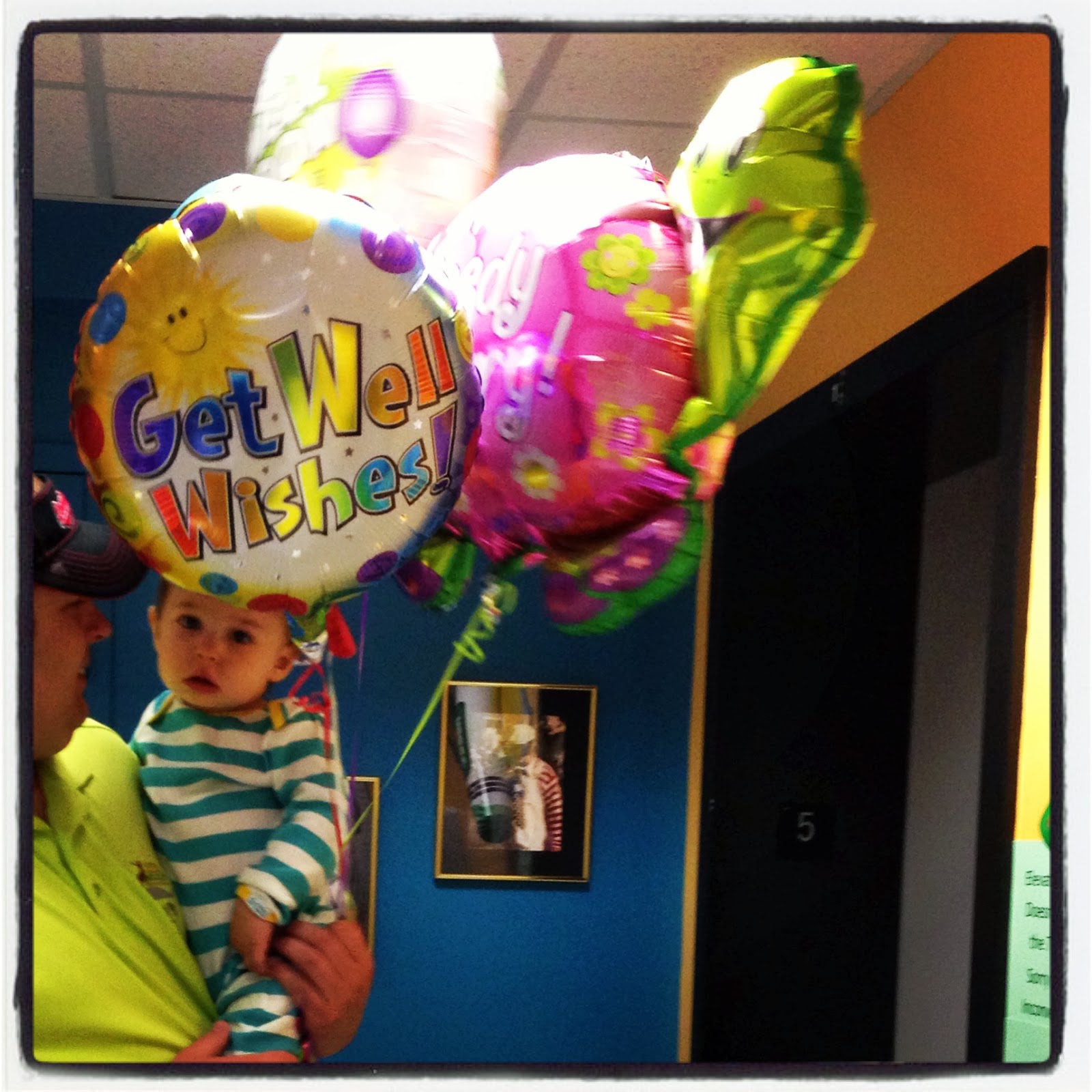 Posted by beachbumbride at 3:02 PM