Aiden’s Story Part 1
This post is hard for me to write but I’m going to do it because I feel it will help me get things off my chest. Let me start off my saying that from early on I have known something wasn’t quite right with Aiden when it came to developmental milestones. At first I think we were in denial, part of it was because I kept bringing things up to my pediatrician and she just kept telling me that every kid develops at different stages and ages. So we ignored some of these red flags that now explain everything. It was very hard because I have friends with kids around the same age and they were able to do and say things Aiden just wasn’t able to do. He has also had very bad constipation issues from day one. By the time Aiden was three months old we were having to use suppositories at least once a week and giving him prune juice daily to help him have a bowel movement. All they kept telling us it to use more suppositories, sometimes twice a day.
In April of 2013 (Aiden was 15 months) we took Aiden to the emergency room because he was uncontrollably crying. We had no idea what was wrong but I knew this wasn’t my precious little baby. Aiden never cried unless something was wrong. He would pull his legs up like he was in pain. The first thing I thought was he may be swallowed an object and he wasn’t able to pass it or even appendicitis. When we got to the hospital the pediatrician ordered an x-ray. About 30 min later they asked my husband and I to come look at the x-ray. It showed that Aiden was so “clogged” up with bowel that she was unable to see anything else. The pediatrician informed us it was the worst she had ever seen in the many years she had been practicing. She also saw what they believed to be appendicitis and we would need to be admitted to Kosiars downtown immediately. When we arrived downtown we met with a group of doctors and residents to determine the approach they were going to take. They had to get him cleaned out before they were able to determine if something else was going on like appendicitis and if surgery was going to be needed. At this point they inserted a tube down his throat and started golightly laxative that would end up taking several days to get him completely cleared. After 6 days in the hospital, many x-rays, MRI and a barium enema they diagnosed him with tethered spinal cord. Let me add that at 15 months Aiden as not walking or “talking” either so this had them concerned. They explained to me that he would need to meet with a neuro-surgeon to discuss plan of action and would more than likely need spinal surgery. This scared me to death. Operating on someone’s spine can be very dangerous (especially a 15 month old) and if something went wrong could end up being paralyzed. However, this was reassuring that just maybe one day my baby would walk and everything would be okay.
Let me add, I had an outpour of support from my family and friends. People I hadn’t talked to in years were emailing me telling me they were praying for us and letting me know success stories of people they knew who had gone through the same thing. It was such a wonderful (but still scary)feeling to know you aren’t alone! 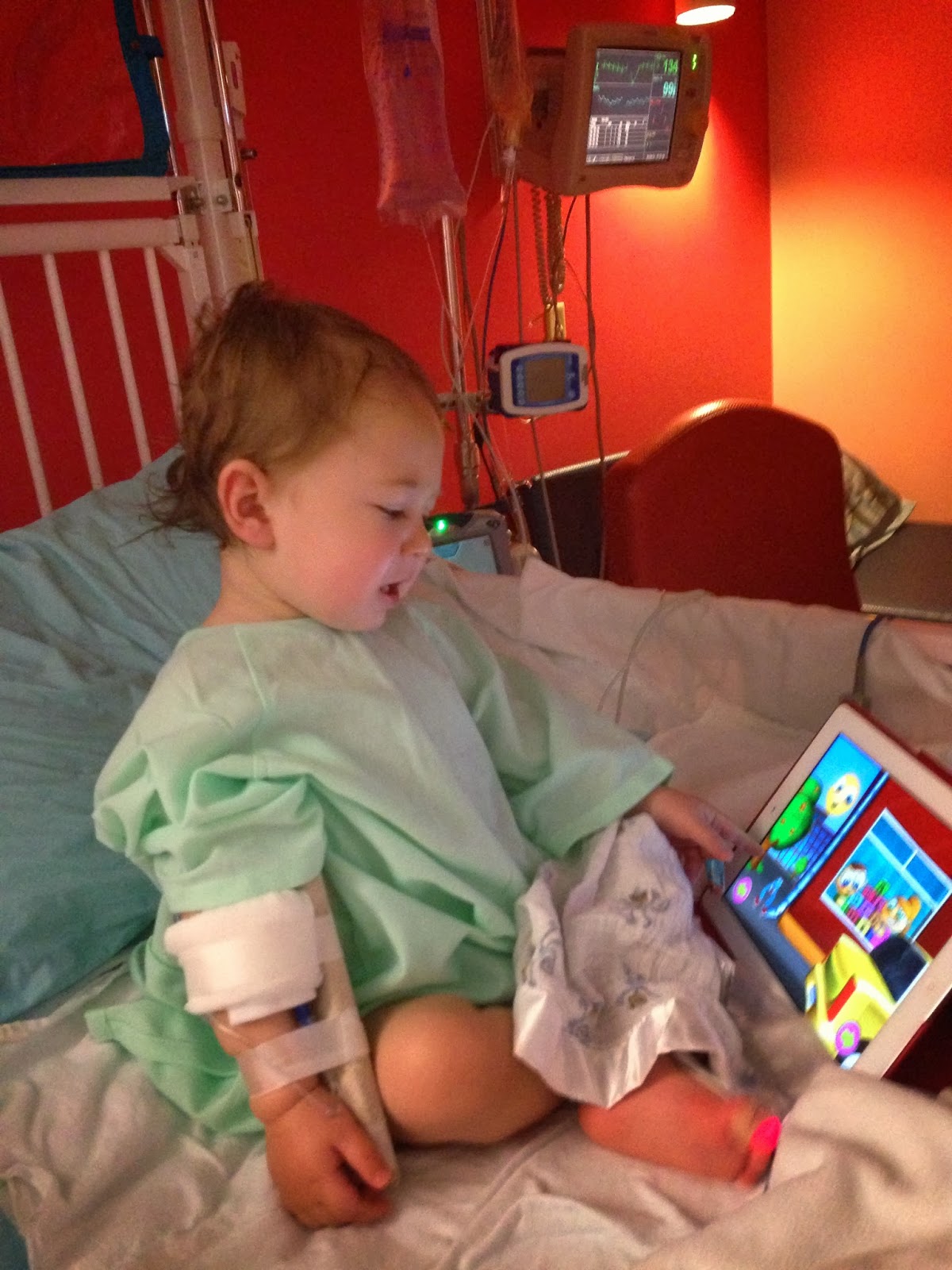 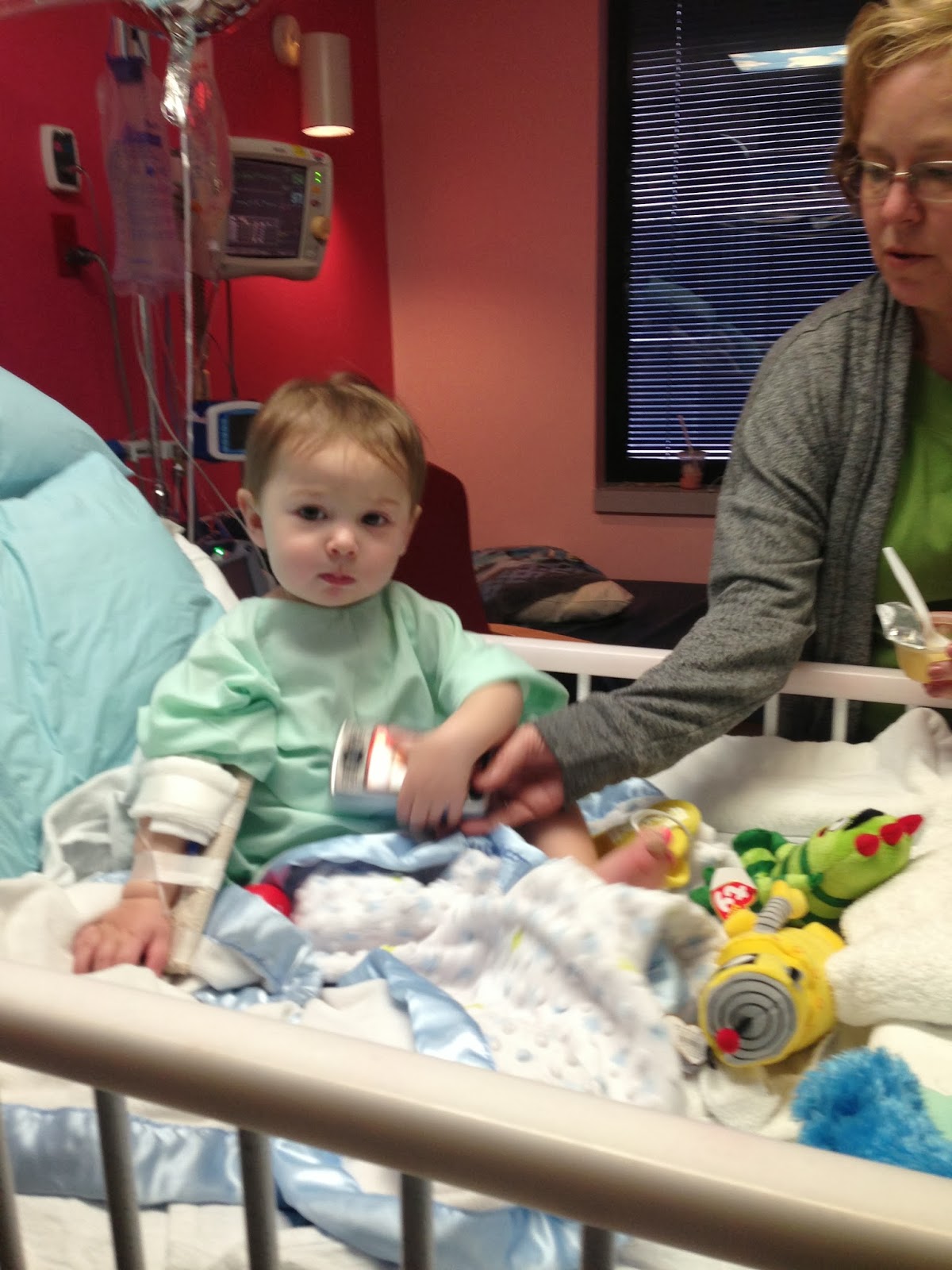 To be continued
Posted by beachbumbride at 2:49 PM